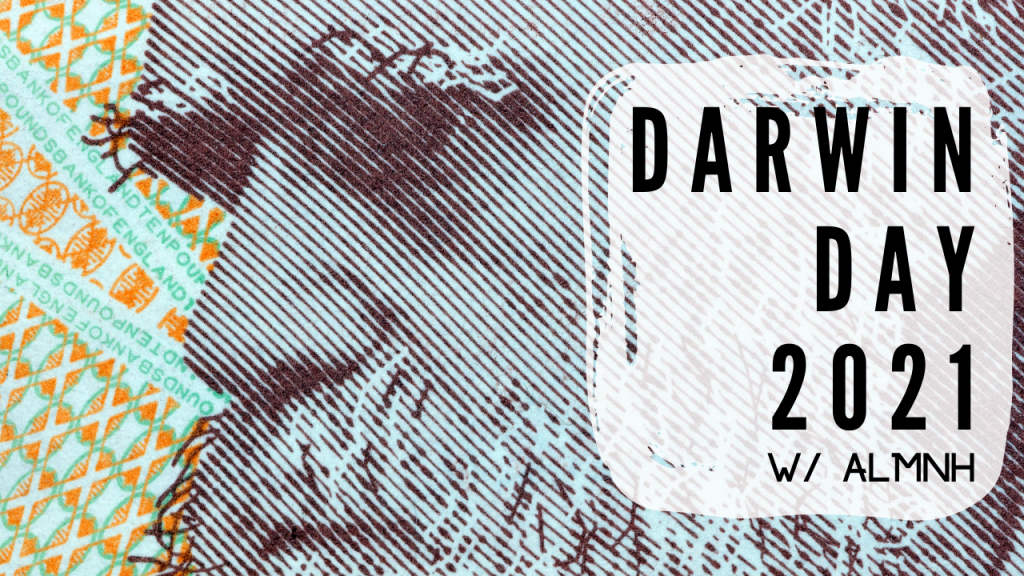 Celebrated annually on February 12th, Darwin Day – also known as International Darwin Day – is a holiday that commemorates the birth of naturalists and geologist Charles Darwin in 1809. This holiday is also a day to bring attention to Darwin’s contributions to science and is also used to highlight science in general. It is celebrated in the United States and all over the world, including right here in Tuscaloosa!

This year, ALMNH is bringing you Darwin Day virtually. All Darwin Day activities can be found on this page. There is something for everyone and every age.

Grandmother Fish is a child’s first book of evolution. The book engages a young child’s imagination with sounds and motions that imitate animals, in particular our direct ancestors. It lets children see for themselves that we are related in form and function to the nonhuman animals that came before us. It’s the story of where we came from, told so simply that a preschooler can follow it. Wiggle like a fish! Hoot like an ape!

Charles Robert Darwin was an English naturalist, geologist and biologist, best known for his contributions to the science of evolution. His proposition that all species of life have descended over time from common ancestors is now widely accepted and considered a foundational concept in science.

In celebrating Darwin Day, we also celebrate the naturalist. Learn more about naturalists and how to become one yourself with this animated video.

Darwin Day activities you can do at home