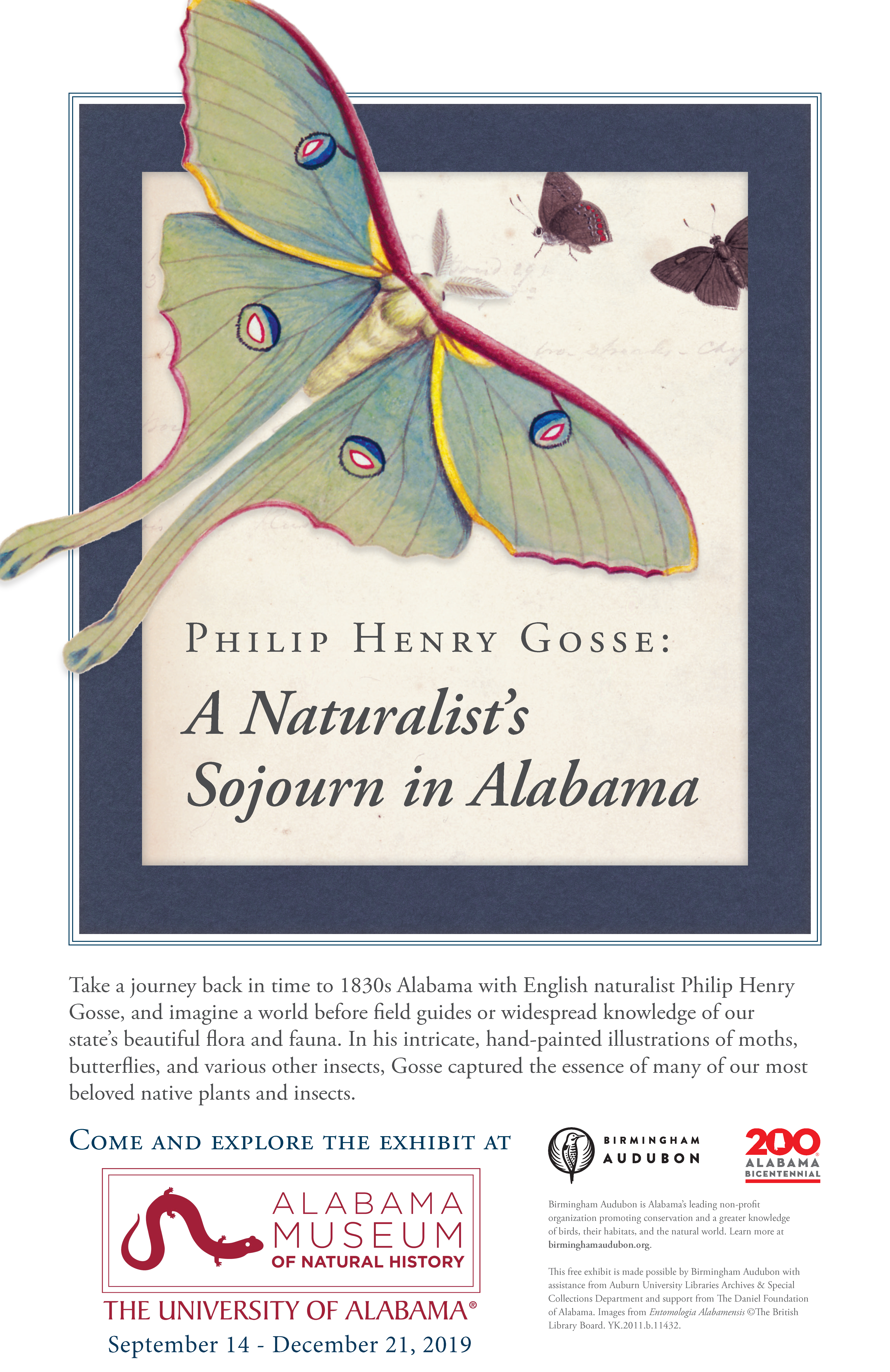 The Alabama Museum of Natural History in conjunction with Birmingham Audubon invites you to join us for a free event celebrating the life and artwork of the naturalist Philip Henry Gosse.

Born in 1810 in Worcester, England, the young Philip Henry Gosse developed a passion for the natural world. Having learned the basics of miniature portraiture from his father, Gosse quickly took for his artistic subjects the flourishing marine life he discovered along the English coast. In May, 1838, Gosse took a teaching job in Dallas County, Alabama. For the next eight months he collected the insect specimens that he would preserve in the beautifully detailed watercolors of Entomologia Alabamensis. In addition, he composed a highly personalized chronology of his life in a frontier culture, published eventually as Letters from Alabama. Following his return to England, Gosse went on to publish more than 40 books, producing some of the 19th century’s finest illustrations of insects and marine organisms. Today, he is remembered as a popular writer of science for the general public and as a passionate artist whose work in Alabama and elsewhere captured and revealed the beauty and vitality of the natural world.

4:00 – 5:00 pm — Presentation by Dr Gary Mullen of Auburn University about the life and artwork of Philip Henry Gosse.

5:00 – 6:00 pm — Reception and viewing of the Gosse watercolor exhibit, along with the opportunity to purchase and have signed by Dr. Mullen’s one of his books on Gosse.